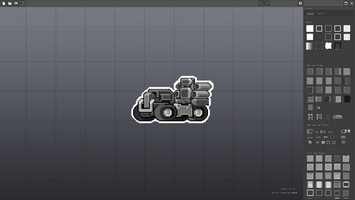 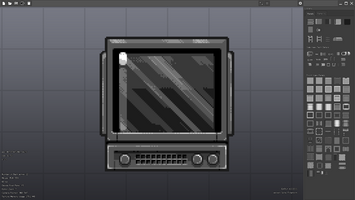 Hello everyone! PixelBasher has been out in the wild for a week now! It pleases me greatly to see people are already creating interesting things with it.

What's fun is that what people are making differs greatly. Ranging from full diorama's to fps wall textures. Awesome!

It's now possible to select multiple objects either by holding shift and clicking, or dragging a selection rectangle around a group of objects. This feature still needs some work, sometimes the bounding box is not calculate correctly and there are some other small bugs left to fix. I figured since it's such a useful feature, it would be better to ship it as soon as possible!

Apart from Bring to front and Send to back, the application now has move forward and move backward. These operations move selected object 1 spot on the z-order sorting list.

Note: the hotkeys for z-order operations have changed. W and S are now move forward/backward, whilst bring to front and back have been moved to SHIFT + W/S.

Note: Due to how the clipboard works on Windows 10 and below, some applications will not be able to paste semi-transparent pixels. These will be pasted as black.

After several inquiries about a macOS version I decided to take another look at making such a build. This update includes an experimental build, tested on macOS Monterey. To open the application you will need to allow it via the Security & Privacy section of the System Preferences menu. 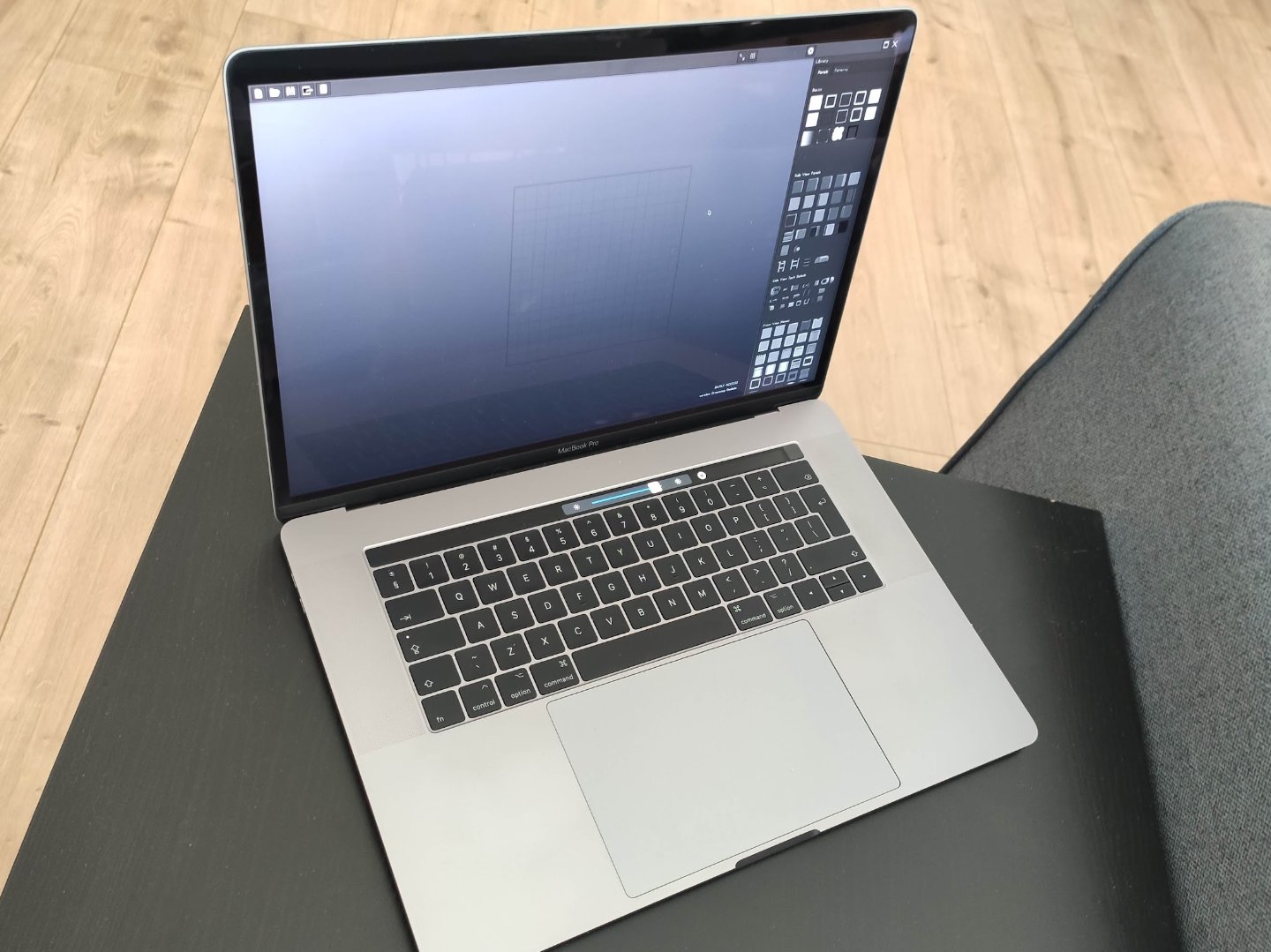 Since PixelBasher is a GPU heavy application, my 8 year old Macbook Pro was struggling to hold a steady framerate. Other than that the application was working as intended. It also has to be said that any trackpad gestures you might expect to work (pinch zoom, etc) are not implemented. An external mouse is recommended, this is of course also the case on Windows.

Since I haven't had much time to test it, this build will be labeled as experimental.

I already noticed that making a macOS build took a significant amount of time and testing. This is one of the reasons why other platform builds have been placed further along the roadmap. Making multiplatform builds just slows down production on the actual application features. Linux is still on the todo list, but for this reason will be pushed ahead.

That's about it for today's update! I've started working on a getting started video for the application. I think it's important to highlight a few features of the program and what they are for. I think that video should drop sometime later this month.

I hope you'll enjoy the new update, have a great day!

It's not immediately apparent how working in grayscale is advantageous to the end user.  For instance: in my use case I have a particular set of 15 + transparency colors I must use.  it seems like I'd have to export the grayscale result, convert it to 15 shades of gray then manually re-color every pixel.  That being said I think this could be very cool! I'd rather "pixel bash" than purchase yet another asset pack.

Eventually the goal is to have all sorts of color tools in the application. Per object color tint, global color palettes, etc. For now working in grayscale solves a lot of problems on my end. Sorry that it's a hassle to get the output to a specific palette at this point. I've gotten good results with blending color overlays on the output, but if you have a specific palette there will still be a lot of  work in color replacing.

Thanks for the explanation.  I found a YouTube video and even something on Twitter that demonstrated actual use.  I'll keep a lookout for more videos like that as I feel I'm missing something.  Are there plans for tiles other than for buildings/machines?  I suspect with the right parts you could make Chibi looking characters/monsters.